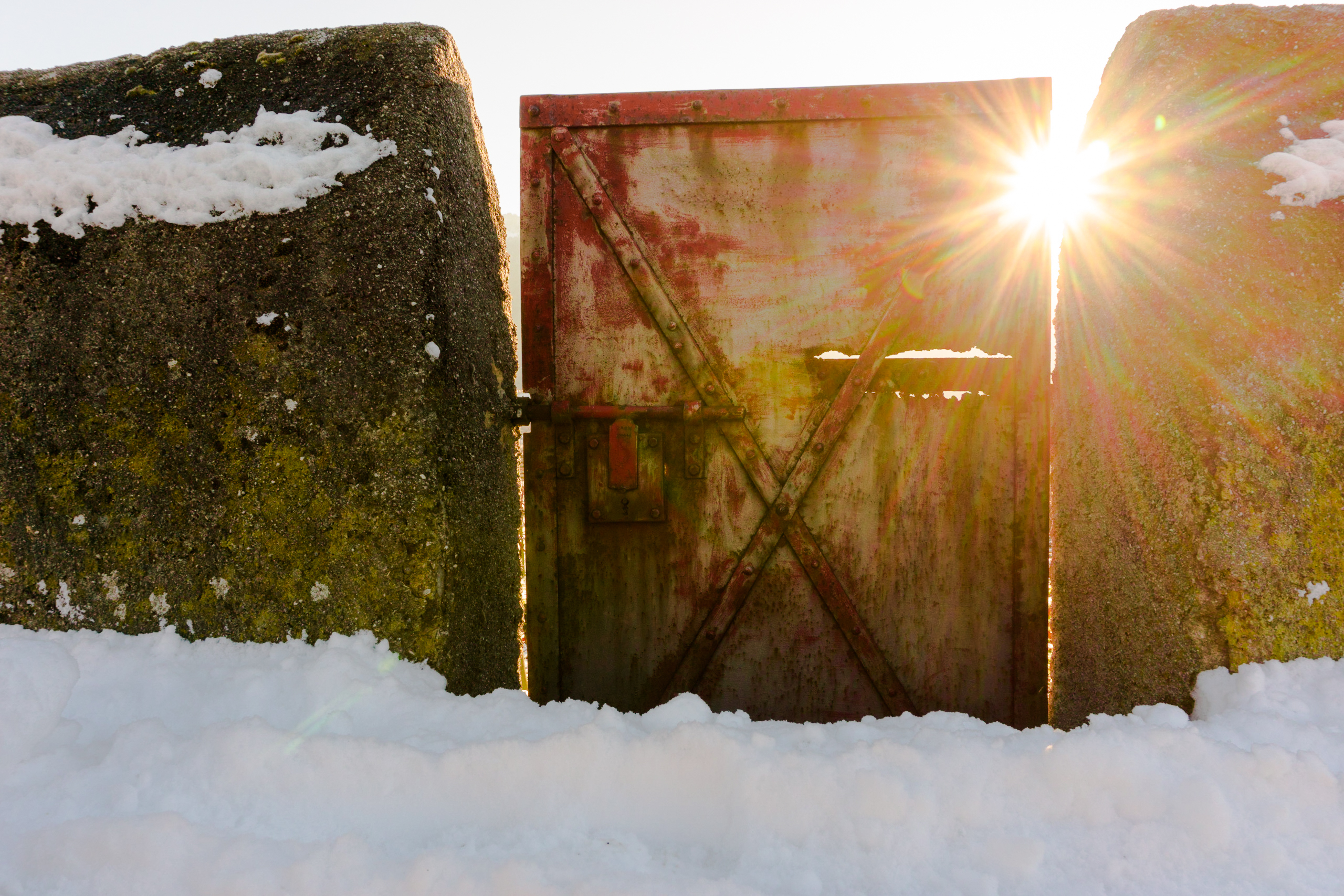 I woke up yesterday morning and wanted to paint. Painting is what I do when I need to see the beginning and end. It focuses my mind on the straight lines in my life of which there are far too few. Fresh paint brings a clean look that covers the scratches, dust, and general wear of times when I wasn’t careful enough. It covers errors and at least for a while all is new.

I didn’t make it to the basement to start painting but instead went to Mass where the Priest reminded us that we all have difficult times when things do not go as we planned, but God has a plan and there is a purpose.

Ring the bells that still can ring
Forget your perfect offering
There is a crack, a crack in everything
That’s how the light gets in.

As I sat there too self-absorbed in my own life and difficulties a woman came in near the end of the Mass and sat down directly in front of me. Her body odor was strong and acrid. She wore multiple coats and carried yet another. In her left hand was a plastic bag and over her right should a pink backpack like children carry to school that still had a tag on it. She knelt down on one knee with her right arm draped over the pew in front of her and rested her head on the pew. She looked exhausted.

As a nurse who started my career in an acute psychiatric admission unit, I’m used to all manner of malodorous smells. They rarely bother me. It is even more unusual when I want to escape a smell. This was one of those smells that invades one’s nostrils and sinuses. As my sense of smell screamed at me to move over I could not bring myself to do so. Clearly, this woman had sought refuge in a place that was warm and safe. It was a morning Mass and like most, there was enough room to be far away from others if that was what she wanted. It is usually what I want. She chose to sit directly in front of me and knelt in a way that she could see my face. It could have been that she was hypervigilant about who was around her, but if that were the case she would probably have chosen another seat.

When Mass ended I left and she stayed. There was a time that I spent a couple of nights a week working with those experiencing homelessness. I never knew why I was so passionate about homelessness, but I’ve always suspected it is my own insecurities and fears. The fear of being alone, or unloved, or without the basic necessities of life. I have no idea where such fears come from as I’ve never experienced any of those things. Like all people, I face difficulties and disappointments, but perspective is important.

A week before Christmas I saw the person in front of me. How many people have I failed to see? It seems many are exhausted, or sad, or frustrated, or angry, or overworked. I wonder how often we walk past each other without seeing. “There is a crack, a crack in everything. That’s how the light gets in.”