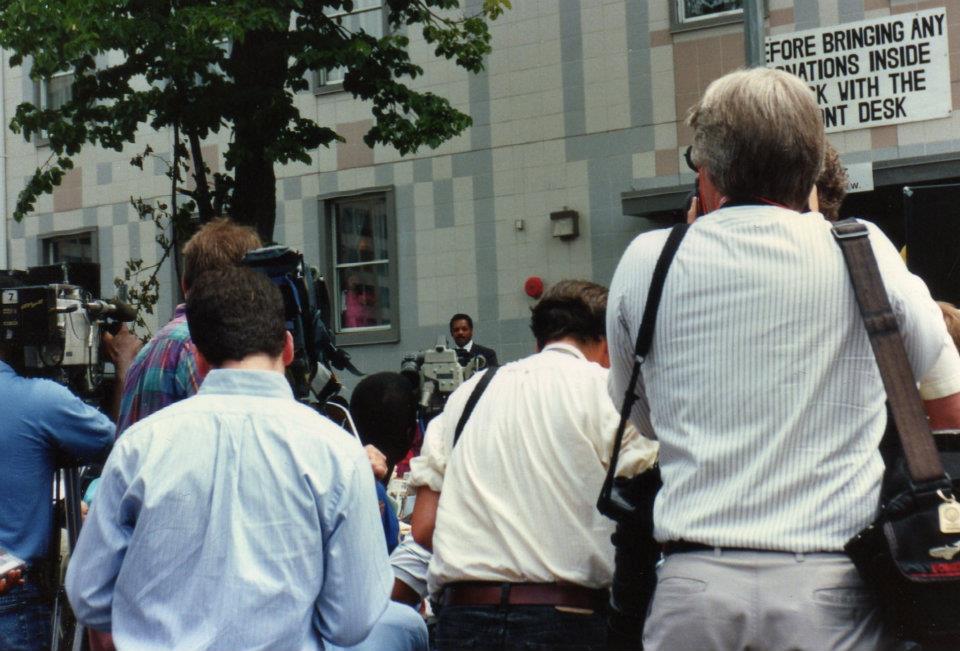 The summer of 1990 was my second summer in the Junior Commissioned Officer Student Training and Externship Program (COSTEP) of the United States Public Health Service (USPHS). I knew what I would be doing and where I would be going, unlike my first year which was filled with surprises and challenges that started with a tire that was destroyed by something sharp in the street and cost me $70 of the $200 I had to last me for my first 45 days in DC.

In 1989 I was in the second year of a non-nurse Master’s program when someone came to class and handed out applications for the COSTEP program. It was a competitive program and I thought I had little chance of being selected but it paid approximately $1800 per month for the summer. When a call came asking me if I was interested in being a COSTEP I immediately said yes to which the Commander on the other end of the line ask me if I wanted to know where the job was located. I replied that would be nice. A few months later I was off to St. Elizabeths Hospital in Washington, DC for the first of four times moving to DC as a USPHS officer.

A few days after July 4, 1990, Mitch Snyder, the founder of the Center for Creative Nonviolence (CCNV) and the best known homeless advocate in the Nation committed suicide. My goal after graduating had been to work in healthcare for the homeless. I had visited CCNV and they had taken the time to discuss the healthcare needs of their residents with me and my fellow students. I would remember the discussion and the funeral as I worked on my theses that year.

My master’s thesis was on health care beliefs and self-care practices of homeless men, my volunteer work had been with those that are homeless, and I worked on a unit that treated those that were mentally ill and homeless. I saw Mitch Snyder as an icon of compassion and action. It wasn’t until many years later that I considered the aspect of his life that involved policy and the role that the failure of Initiative 17 may have had in his loss of hope and sadness over his relationship.

The nurse manager on my unit suggested I attend the funeral. I was sad and in awe of this man that was what I wanted to be.  The city had turned out and Rev. Jessie Jackson officiated and then lead a procession through DC. The list of celebrities present was long and people like Phillip Berrigan were being asked for comments. He had referred to Mitch Snyder as a “true shepherd”. That is high praise coming from anyone, but a special honor coming from Phillip Berrigan. As I stood behind a gaggle of the press I wondered how much the world lost that day.

The nurses that supervise students during summer externships should always recognize that the students are there to learn. The goal is not to use them as nursing assistants, but rather to help form them as future nurses, professionals, and engaged members of society. My nurse manager did not have to send me to the funeral. She recognized my passion as a nurse, nurtured the passion, and helped to ensure that I chose a career that focused caring for the poor and underserved.

I returned to St. Elizabeths Hospital as a Nurse Practitioner and a USPHS office for three years after graduation. I continued to volunteer in shelters and work with the homeless until 1999. The nurse manager that sent me to the funeral probably had no idea the impact her decision would have on my future choices, my continued desire to work with the poor and underserved, or my view that nurses must be engaged community members. If you think your summer externs forget you they do not. You forever influence their career choices and how they engage with students in the future. Those summer externs are your legacy.