As a proud feminist, I believe in equality of all human beings. Equality is fundamental to human dignity. This week I watched with great sadness as men and women alike criticized women for what they did or did not wear.

There are many places where we consider it appropriate to wear a head covering. The most beautiful of head coverings are seen at the Kentucky Derby. People actually enjoy the hats and some of us watch the race just to look for the best hat. Likewise, while a shrinking number, women do still wear hats to church. Certainly, women in the military wear the required cover just as do men. 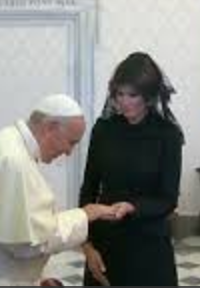 We should ask ourselves two questions.

Whether male or female covering one’s head to show respect for God should not be criticized. Respect is essential in a civilized society.  While I’m sure most of us question how civilized we have been acting the last few years surely we all recognize that we should do better.

If you call yourself a feminist then you should not criticize any woman because she chooses to show respect for God. Nor should she be criticized because her faith or her respect for the faith of another leads her to cover her head.

Let us all show such respect for others that we are at least willing to try and not offend them when visiting.