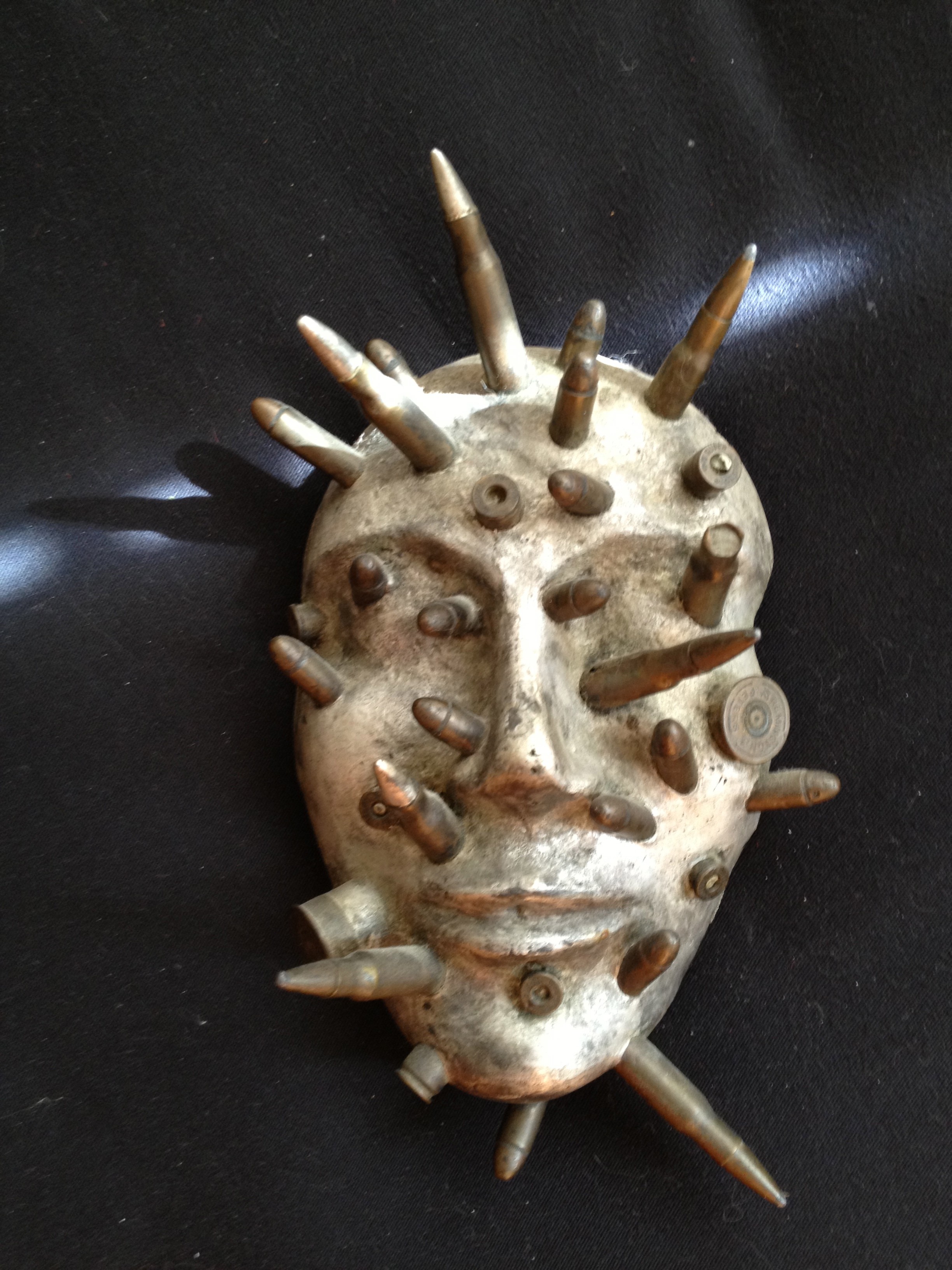 “Non-violence is not a garment to be put on and off at will. Its seat is in the heart, and it must be an inseparable part of our being.”  Mahatma Gandhi.

Do you hear the screams of the 16,000 murder victims each year?  Do you hear the crying of the 1.8 million assault victims?  Do you see the bloodstain on the carpet when you close your eyes?  Are you still traumatized by the one you lost?  Are you still blaming Cain for the violence or do you have the ability to look inward at your own violence and your own fears and see that violence and fear as part of our culture.

We have allowed our fear to control us and drive our policy and personal decisions.  Consider some of the recent issues we have faced.  We fear poverty and the mere appearance of poverty.  Consequently, we spend ourselves into debt on an individual and national level.  We purchase bigger homes, cars, and social programs.  We are willing to steal, sell drugs, and swindle others rather than appear to be poor.  We fear other nations and terrorism so we build a more powerful military and enough bombs to annihilate the world’s population.  We build interior security measures that significantly limit our freedoms and make travel unpleasant, even if safer.  We spend enough on defense to eliminate malnutrition.  We fear competition so we cheat on tests, undermine our colleagues, and pass tax codes to lure big business and while they get richer the people get poorer.  We fear the other political party being in power.  Rather than working together for a better society the political parties have become increasingly hostile to compromise and cooperation. We fear pregnancy (both being pregnant and not being able to be pregnant) so we make contraceptives free to delay birth and limit the number of children, promote abortion, use fertility specialist to have children later in life, or use in vitro fertilization when one has no partner at all or can’t conceive otherwise.  We fear death and spend endless amounts of money to delay it and consequently we live well beyond our intended age and grow ever more alarmed at what the end of life is like when it is no longer natural.  We fear people who murder so we murder them with a death penalty.  We fear violence and so we buy weapons of violence and put ourselves at ever-greater risk of dying a violent death.   What we seam to fear are the imperfections of life and suffering.

America Magazine published an article recommending the repeal of the 2nd amendment.  The editors showed courage in writing and publishing the article, but is it wise and is it practical?  When I teach health policy I tell students not to define the solution into the problem and always have clear criteria to evaluate a way forward.   The America Magazine editors define the problem not as violence, but as the inability to enact stricter gun laws.  They admit that this is not the sole solution, but it is the one they address.  To be clear they did not recommend an absolute ban on firearms.  As the editors pointed out, the repeal of the 2nd amendment will not repeal original sin, but it may make a safer world.

Setting clear criteria for evaluation of a policy is critical.  The criteria should be based on legality, political acceptability, respect for human dignity, and the ability to implement the policy.  Any graduate health policy student would tell you that the repeal of the 2nd amendment is not going to happen in the foreseeable future and the attempts to repeal it may derail the legitimate work that needs to be taking place.  As Senator Ted Kennedy learned when he rejected the health care plan President Nixon was willing to support it took 40 more years to negotiate his way back to less.  Let’s not make that mistake with the 2nd amendment.

First, any policy with a reasonable likelihood of success must not violate the constitution, statutory, or common law.  Challenges to the 2nd amendment have lost in the Supreme Court and there is ample case law to support the right to bear arms.  Second, the repeal of the 2nd amendment is not politically feasible at this time.  While the majority of Americans support closing the loopholes on background checks and taking large magazines and assault weapons off the street, they do not support the repeal of the 2nd amendment.  The political will is absent and there is not strong public support for such an action.  Third, would the repeal support human dignity?  That is harder to answer. Doing away with implements of violence clearly promotes human dignity provided they are taken away equally from all and do not leave some powerless.   Finally, is it implementable?  The answer is clearly no.  There are too many people that love their guns.  They clearly love them more than their children, more than their neighbors, and more than peace.  Their fear is so great that they are unwilling to trust that peaceful existence is possible without implements of violence.  Unfortunately, the same acts that the repeal is meant to eliminate are the acts that fuel the fear that will cause people to fight the repeal.  It is highly unlikely that any southern state would vote for the repeal and thus it would not pass.

We do need to explore the policy alternatives and address the culture of violence – the culture of death.  Yet, picking a battle that will only make people more resistant to any effort to make improvements is not necessarily prudent even though it is clearly the most morally responsible action.  If repeal of the 2nd Amendment would end our culture of violence I would support it immediately.

Let’s begin by defining the problem and collecting evidence.  This requires that we come to some consensus on what the problem is and is not.  The laws blocking any collection of data on violence or gun violence must be eliminated.  The people that promote such laws should not fear the truth whatever it turns out to be.

Antonin Scalia, writing following the 2008 Supreme Court Decision striking down the DC gun law said “constitutional rights necessarily takes certain policy choices off the table.”  Therein lies the problem, and to address this problem it is either necessary to address the Constitution, address policy we can change, or address our culture.  Before we change the Constitution I would recommend that we look at the policy and the cultural issues that have resulted in the current culture of violence.  If, after we have researched the actual cause of our cultural shift we find that it is indeed due to guns, then we should explore a change to the Constitution and a revision of the 2nd Amendment.  I highly recommend reading the very thoughtful and well written article in America Magazine located at Repeal the Second Amendment.