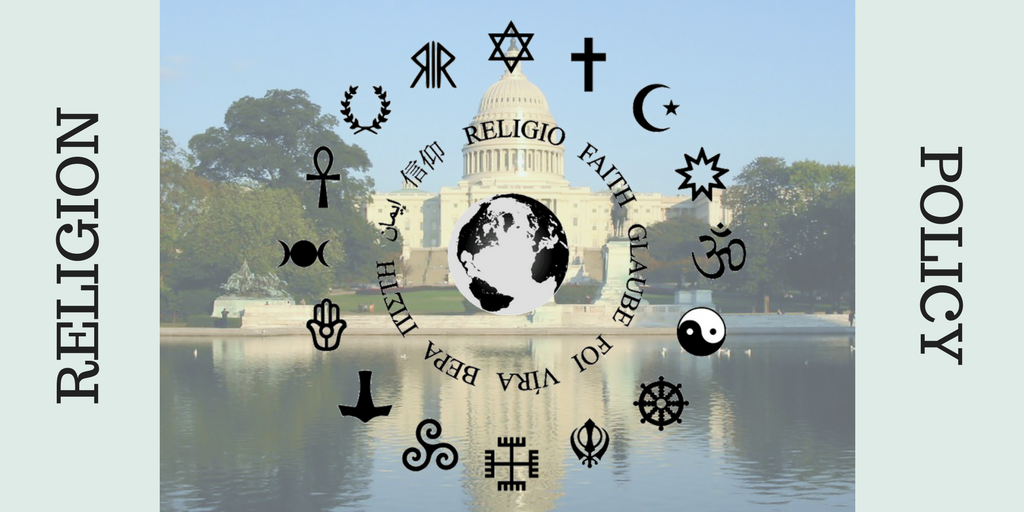 Congress shall make no law respecting an establishment of religion, or prohibiting the free exercise thereof; or abridging the freedom of speech, or of the press; or the right of the people peaceably to assemble, and to petition the government for a redress of grievances.

It is unrealistic to believe that religion and the faith of policy makers do not influence the policy made. While our Constitution calls for no law respecting an establishment of religion it does not require that individuals set aside their faith. It, however, is reasonable to believe that the framers of the Constitution understood that one religion should not be preferred in policy as it would be a threat to the free exercise of religion. Nor did they appear to believe that one’s religious beliefs should be forced on others that did not share those beliefs. Thomas Jefferson made this clear in his letter to Danbury Baptist Association of Connecticut his belief about the separation of church and state.

“I contemplate with sovereign reverence that act of the whole American people which declared that their legislature should ‘make no law respecting an establishment of religion, or prohibiting the free exercise thereof,’ thus building a wall of separation between Church & State.” – Thomas Jefferson, January 1, 1802

To learn more about the both the freedom of religion and the separation of church and state the following links may be helpful.